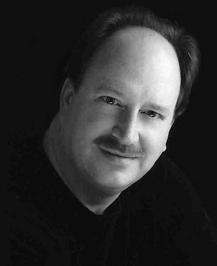 The Marching Warehouse is pleased to announce the availability of the Key Poulan library. This library of marching music is proven and effective for high school marching groups. Mr. Poulan’s original compositions have won many awards and have been featured in many of the worlds best marching competitions.  Mr. Poulan’s experience as a high school educator is what makes his library work. He understands what it takes to perform at a high level and is able to write for the abilities of different sized ensembles. Just search by arranger to see a list of his shows.

Many of his compositions are available in:

In addition, we offer some great additional resources including:

Regional Protection is included with all Key Poulan Music.

Key Poulan is a composer and arranger primarily for the marching arts and has written for the world’s most famous drum corps including the Santa Clara Vanguard, Glassmen, Spirit of Atlanta, Mandarins, Caballeros, Raiders, Millennium, and the Mass Brass Mini Corps. As the owner of Key Poulan Music, he has been recognized as one of the country’s top arrangers and composers in the area of contemporary marching band, has several concert band works to his credit, and recently scored the film “On The Starting Line”. His marching band arrangements have won several national titles at the Bands of America Grand Nationals Championships. His works have won many state titles throughout the United States and have been performed around the world. His transcription of “The Promise of Living” from Copland’s “Tender Land” was extremely well received at the Bands of America National Concert Band Festival and his original works “Carnegie Fanfare and Dance” and “A Fortune in Steel” were premiered at New York City’s Carnegie Hall.